UPDATE: The Twitter Pull module uses the Twitter REST API 1.0 which has already been deprecated and will be shutdown in the next two months. There is an issue open to upgrade Twitter Pull to use the REST API 1.1. A big thank you to R. van ‘t Westende for this comment.

The Twitter Pull module is a light weight solution for pulling in and displaying twitter status updates. The module integrates with the Boxes module and makes it really easy to present a box with a user’s timeline, hashtag results and twitter search results. At its core, the Twitter Pull module is a simple API for pulling in status updates. If you are looking for a more generic solution for Drupal, look at the Twitter module.

Run the following Drush command to download and install:

We’ll first look at the Twitter Pull API as this is the most important part of the module. The main API function is twitter_pull_render().

Here is what the function signature for twitter_pull_render() looks like:

The most important parameters are the first three, $twitkey, $title and $num_items. The $twitkey variable allows you to pull in a user’s timeline, hashtag results and twitter search result. Here are some examples:

If you were to run the following code:

You should see a list of ten status updates with the title, “Drupal Title”. 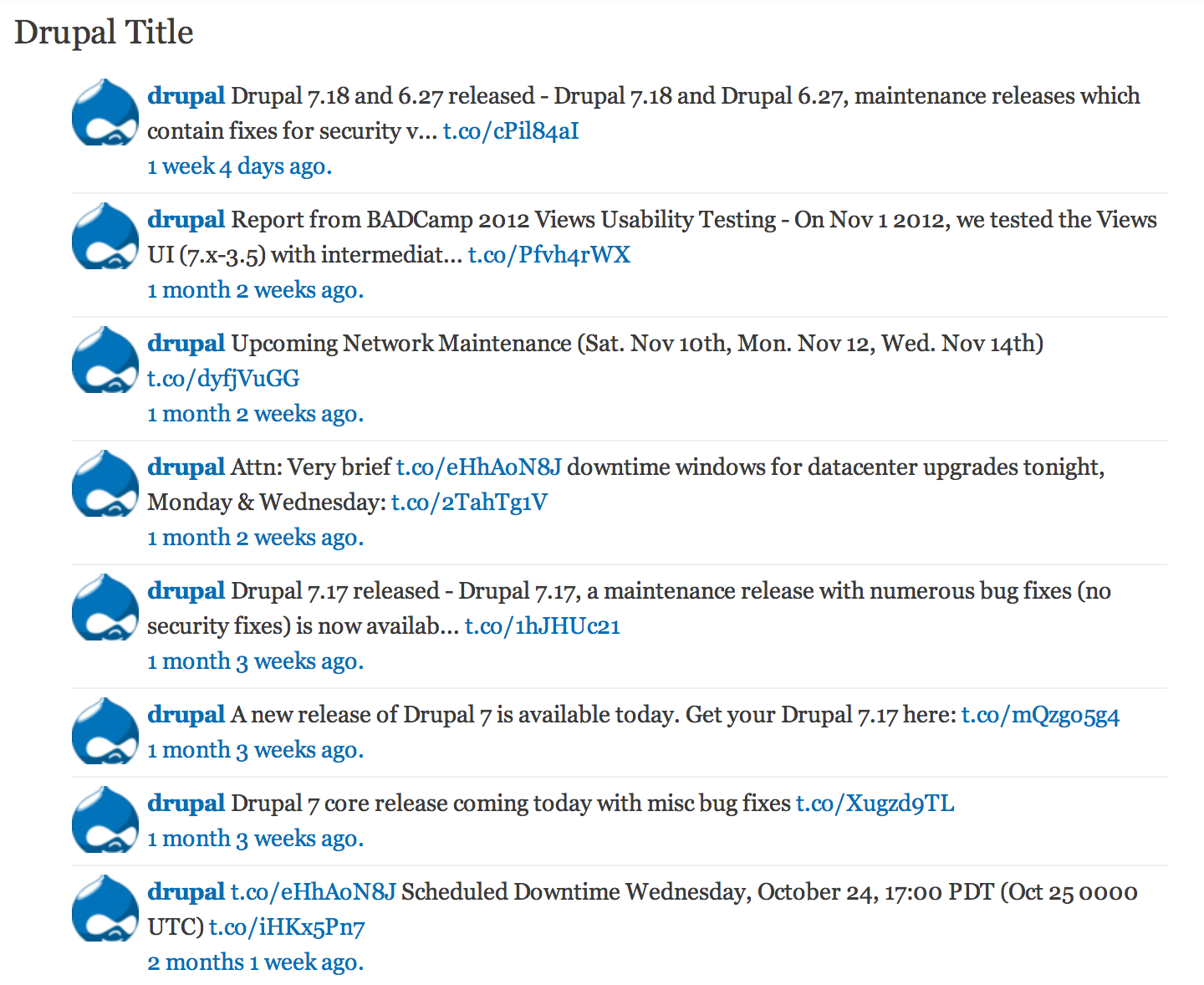 As stated early, the Twitter Pull module integrates directly with the Boxes module. It allows you to create status listings without writing any custom code.

Make sure you have downloaded and installed the Boxes module. 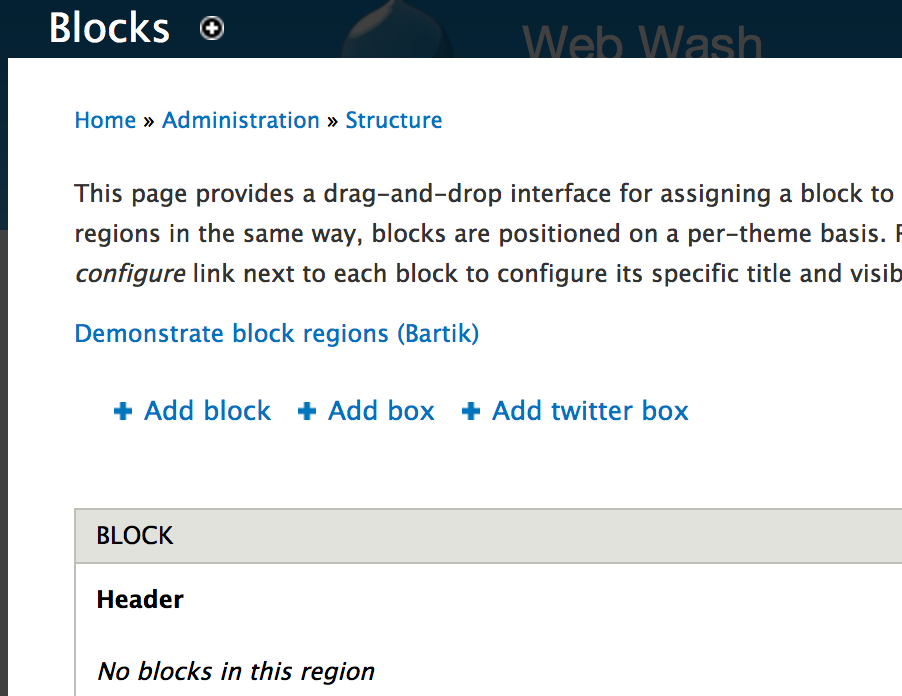 2. Fill out the form using the values defined in Table 1.0.

3. Once you have filled out the form, click on the Save button.

4. Finally, place the new box into a region.

5. Go to the front end, and if everything is working you should see a block loaded with status updates. 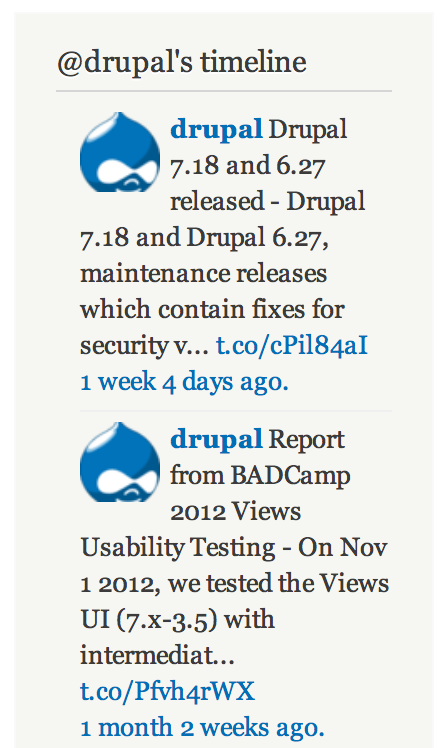 If you have any questions, please leave a comment.